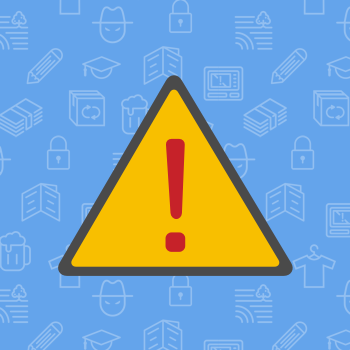 Since the rise in popularity of fast food in the 1950s, fast food has gone from one or two options to a seemingly endless variety of choices. Fast food restaurants range from sit down, to grab and go, dollar menus, and outrageous burgers, as well as nacho fries or tacos... But among all of this diversity is a definite commonality: all fast food restaurants require insurance.

Not only has fast food changed since the 1950s, but the concepts have changed as well. No longer are there only burgers and fries on the menu, but a plethora of different concepts, themes and styles of eats.

The standard fast food restaurant that most people are aware of is the classic style with burgers, fries and shakes. This style of food has been a mainstay in the fast food industry and offers very cheap options such as a dollar menu. Examples of classic fast food restaurants include Burger King, McDonald’s and Wendy’s.

This concept was originally a combination of Mexican style food mixed with an American flare. Hosting items such as burritos, nachos and tacos, Tex-Mex has become a very popular style of fast food restaurants. Del Taco, Pollo Loco, Baja Fresh and Taco Bell are some of the most well known Tex-Mex fast food restaurants.

Low-priced pizza options include Papa John’s, Dominos, Little Caesars, Pizza Hut, Round Table and Sbarro. These fast food concepts allow you to build your own pizza (sometimes even online) and offer deals such as $5 pizzas or two pizzas for $7. They are generally known to deliver as well.

Product liability insurance will cover claims that are related to the products you sell, including food poisoning claims.

Premises liability insurance covers any occurrences on the restaurant premises. This can include injuries that happen from a customer slipping on a wet floor or otherwise injuring themselves while on the premises of your business.

Since you will have to pay franchise fees or your lease regardless of if your business is operating or not, this type of insurance can provide you with the funds to pay for these expenses properly.

There are plenty of other forms of insurance to protect fast food restaurants as well. One such example of other insurance offerings would be Worker’s Compensation insurance. The requirements for Worker’s Comp will vary depending on which state you operate in, and will help to protect you and your employees if they get injured due to work.

If your restaurant owns and uses commercial vehicles, such as for delivery, you will need Commercial Auto insurance. This insurance is different from standard car insurance, so be sure to speak with your service provider about the differences.

Restaurants should also make sure to protect against theft of property and cash, as well as arson, power failures and even drainage backups. Although not always thought of, having insurance to cover these occurrences can end up protecting you against unnecessary business expenses.

For fast food restaurants that offer delivery services, fast food delivery insurance or commercial auto insurance provide protection for your business if your drivers get into an accident while driving a vehicle owned by the company.

Fast food delivery insurance will pay for damage to property or physical injuries either to your employee, or caused by your employee, as well as legal and medical expenses.

This can be especially important if you use motorbikes as a delivery service vehicle, as the accident rate is much higher and often more severe to the operator in terms of injuries than in a car. If you do use motorbikes, you will need to purchase fast food insurance for motorbikes.

Most of us have heard about the legal case against McDonald’s regarding the woman who sued for $2.86 million after spilling coffee on herself and acquiring severe burns. Although this happened in 1993, this is only one of many times that fast food business insurance has saved many restaurants, and there have been a variety of other similar cases as well.

In one example, two men went to court with Subway claiming their “footlong” sandwich was only 11 inches. This became a 10-person lawsuit and was largely publicized.

Another example is the McDonald’s case, where some employees in Chicago filed a lawsuit over workplace violence, alleging that the company has been “negligent in failing to protect workers from this risk”. At the time of publication, this is an ongoing lawsuit, but due to McDonald’s being a very large company, they definitely have substantial insurance coverage to protect them against these types of claims.

This protection is important due to McDonald’s being the target of many such lawsuits, including one that began in 2013 and was finally settled in 2019.

Without insurance, McDonald’s may have had to pay for all legal fees pertaining to these lawsuits. Lawyers are extremely expensive, but the most important aspect of this example is the ability to arrive at a settlement, as with a settlement they are able to negotiate it to be much more affordable in the end. Without business insurance, these savings would not have been possible.

If you happen to have a delivery service that you offer with your fast food restaurant, then you are at high risk without any insurance coverage. Specifically, if you have anyone driving in the name of your business or with a business car, you must have commercial car insurance. Without this, you run the risk of losing significant capital and perhaps having to file for bankruptcy in the event of a severe accident.

The same is also true for accidents that happen within the walls of your establishment. One accident and if you do not have insurance you might have to pay a heavy sum.

Insurance for a business is always important, but this is even more true with a fast food restaurant. Not only do you have the risk for worker’s compensation claims due to slipping and falling or other accidents, but the track record of customers suing fast food restaurants is higher than in other industries. Make the safe choice and choose coverage today. Reach out to us at Cover Wallet and explore coverage plans tailored to your specific fast food restaurant needs. Our friendly and professional staff will be more than happy to help you find proper insurance coverage against all types of accidents. Contact us today to learn more.