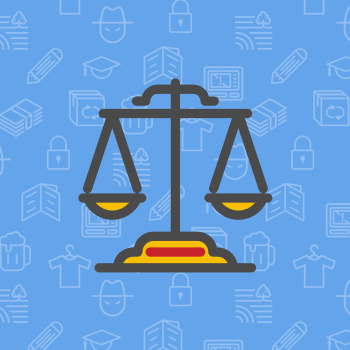 The number of lawsuits and court cases filed by employees against their employers for discrimination has been rising. While most of the lawsuits are filed against large companies, no company is immune to such lawsuits.

EPLI covers solo businesses enterprises and companies against claims by workers that their legal rights as employees of the company have been violated. EPLI helps to protect your company against lawsuits by your employees claiming unfair or inappropriate conduct.

Violating an employee's contract rights can always bring many consequences. Any current or former employee who believes that the company has violated their rights can file a lawsuit against the company.

As a result of the changing cultural and social landscape of the workplace, there has been a rise in the use of EPLI. Today, coverage for any business with more than 15 employees and a staple coverage when bringing together insurance programs is recommended.

Why Do Businesses Need EPLI?

As stated earlier, lawsuits by employees against employers have been on the rise. Not only will these lawsuits be frustrating for your company, but they also will be bad for your reputation. The lawsuit will also drain you financially.

We should not also forget the consequences discrimination will have on your company. The side effects of harassment include lowered morale, decreased productivity, and a lack of trust.

All these can create a stressful working environment. For a majority of business enterprises, a lawsuit by one or a group of employees may bring the company to bankruptcy.

Not all of these effects can always be solved by insurance, but having the right EPLI policy in place in addition to other types of insurance can help your company survive such cases. EPLI will help in providing coverage for legal expenses and even settlements.

What Does EPLI Cover?

EPLI wage and hour coverage are also provided by the policy. Most EPLI policies will cover costs like defense, judgments, and settlements. Legal costs are usually covered without considering the outcome. It will exclude all civil fines, criminal fines, and damages.

The main reason for EPLI being important is that the claims can take a lot of time to resolve and tend to be more expensive. Here are nine of the most common examples of EPLI claims that companies typically face.

Claims of harassment in working places have been on the rise. Sexual harassment is the most dominant type of workplace harassment. Claims associated with unwanted sexual approaches, physical or verbal harassment, and requests for sexual favors at workplaces are rising daily.

Women at workplaces are often the victims of sexual harassment. Note that this fact does not rule out men. There have been some cases where men have been sexually harassed in the office.

This type of claim is now commonly reported. Employees can claim that their privacy has been invaded at work through cameras or even computers.

The probability of invasion of employees' privacy claims increases when there is a security breach in the IT department and employee information is released to the public.

Note that for an invasion of employee privacy to stick, there must be proof of intentional behavior. Additionally, the employee must prove that they suffered financial, social, or psychological damage directly linked to the released information.

Another type of invasion of privacy can be if an employer reveals an employee has COVID-19. COVID claims and EPLI are growing, so be sure you know what your policy covers.

During the hiring process, the employers have the right to check a potential employee's criminal background and credit reports. However, they must ensure that the candidate has given consent to do this.

Illegal background checks behind the employee's back can warrant lawsuits from the employee. However, there is a thin line to this claim because, in most states, it is required by law for the employee to state that they were previously a convict.

In line with the Pregnancy Discrimination Act, a pregnant employee should be allowed to work so long as she can work. If an employee feels that she was fired due to her pregnancy, she can sue the employer. Failure to provide rooms for breastfeeding mothers to breastfeed their babies can lead to them suing the company.

Here, an employee will allege discrimination at an earlier stage, and due to them reporting this behavior at work, they are punished. Retaliation claims are related to employees claiming their pay was cut, not relating to their performance. Instead, it was related to what they spoke about, which the employer didn't want to be known.

7. Failure to hire or promote

If a worker feels that they are not being promoted or hired because of their disability, they can file a suit against the company.

If an employee believes that they are being discriminated against because of their race, gender, age, or ethnicity, they can file a lawsuit against the employer.

These claims are allegations by the employees that they are not given overtime pay, meal, and rest breaks. Also, misclassification of employees by an employer falls under the wage and hour claims.

What You Can Do to Prevent EPLI Claims

For you to protect your business from employee claims, you need to first understand their rights. You need to make an EPLI coverage comparison to help you also understand your employer's liability insurance. By understanding the rights, you will create awareness and educate them, thus preventing potential claims.

To reduce the company's employment practices liability risks, you need to create, adapt, and communicate a prevention policy. Investing in training your staff about ways to prevent harassment and discrimination shows how concerned you are. Here are some indispensable tips that you can do to decrease the risks of potential lawsuits filed against you.

It is essential to create a policy that identifies all types of discrimination and harassment at the workplace. After identifying them, you should provide the possible scenarios and ensure everyone understands them. Drawing a line between the type of behaviors acceptable and those that are not is vital.

Involve a lawyer in making this policy to ensure that it is per federal, state, and local employment laws to minimize the chances of employment liability claims. The human resource teams should lead the process and ensure they answer any questions raised by the employees.

It will be best to include the training session in any new employee onboarding program and regularly provide the training. The human resource team develops a document that will be signed by the employees to show that they are aware of the discrimination policies put in place. Also, by signing the document, they would have agreed that they completed the training.

It is essential to investigate the discrimination cases as soon as they are reported. Failure to do so can be used against you when an employee files a lawsuit in court. You should make it crystal clear to your workers that they should cooperate when an investigation is related to harassment or discrimination.

EPLI coverage can be complex; you need an expert to help you put together EPLI solid policies. If you're interested to learn more about EPL insurance, feel free to contact us at any time to better understand your insurance needs.